The famous Saddle Bag from Dior is back. The small handbag was first introduced in 1999 by John Galliano, former artistic director for Dior. Today the French fashion house has officially re-introduced the bag of the year.

The designer bad is inspired, as says the name, by an English saddle. You close the bag by the shining ‘D’, referring to Dior. After the first launch in 1999 the Saddle Bag evolved into a culticon, also used by Carrie Bradshaw in the Sex and the City.

New creative director, Maria Grazia Chiuri, decided a few months ago to relaunch the Saddle Bag in the next fall-winter collection.

You can buy the bag online as well as in the shops לדוח המלא. 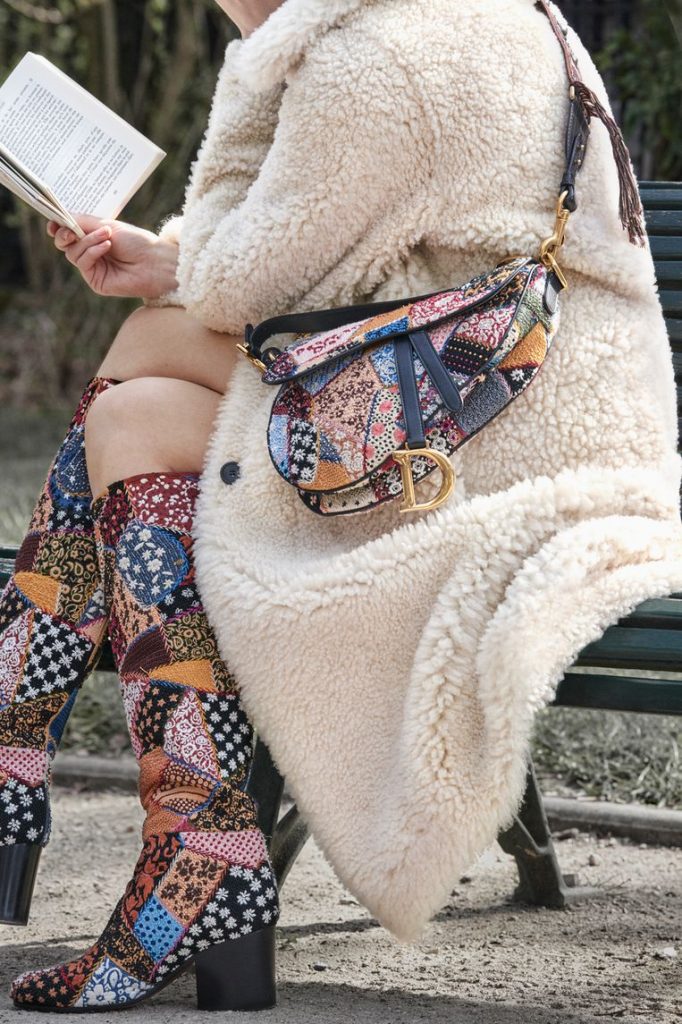