Mud fever is a common condition in horses. So too with Geartsje, an eight-year-old mare. Geartsje had been suffering from small muggy spots in the hoof cavity since a young age, which were easy to keep under control. Three quarters of a year before the mare came to Martsje Bergsma of Hippiek, the mud on her right hind leg had quickly grown into wet, somewhat smelly, spots in the pastern and around the fetlock. Both her hind legs were also retaining some fluid with the right hind leg being thicker than the other.

Medicinal saliva
Martsje Bergsma says: ‘The owner had already tried a wide range of mud remedies, from hormone ointment to natural ointment. The mud fever seemed to get worse rather than better. On the advice of an animal clinic Geartsje was given prednisone, but unfortunately this did not lead to improvement either. The owner wanted to use hirudotherapy on Geartsje to tackle the mud fever. In this form of therapy leeches are deliberately placed on specific areas of the horse’s body where their saliva can act. In the saliva of the leech there are between 80 and 100 active and healing substances, which have an analgesic and anti-inflammatory effect, among others. They stimulate and activate the immune system and the self-healing capacity of the horse’s body. 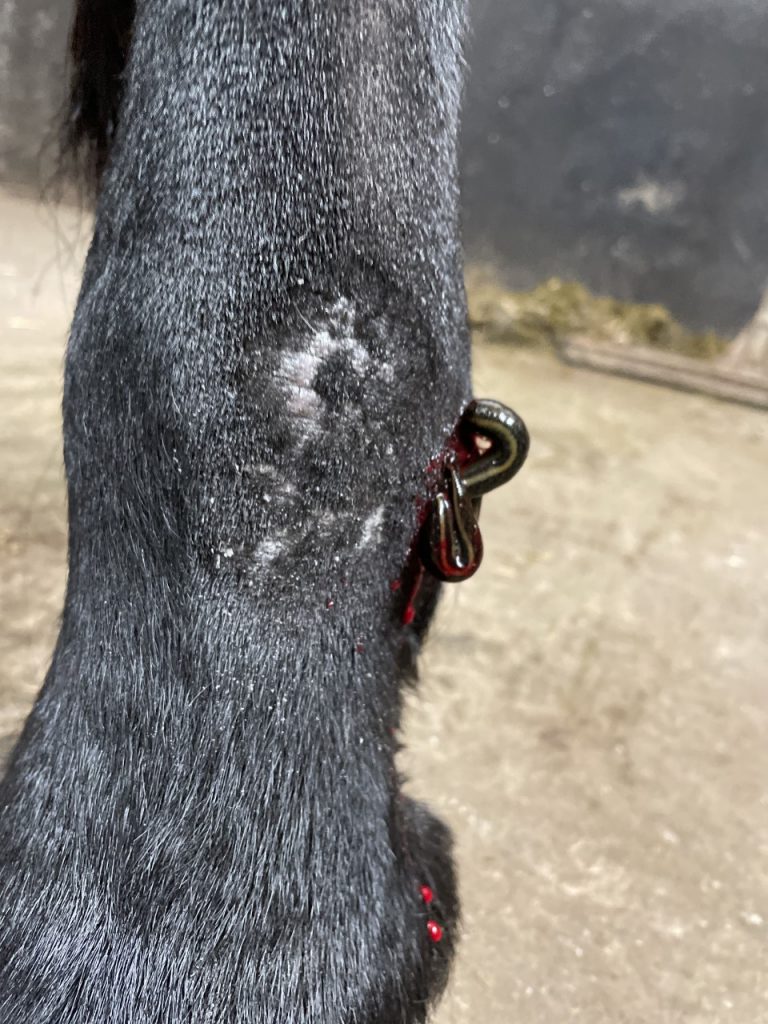 Positive reaction
During the first treatment of Geartsje, Martsje used a total of ten leeches; six leeches around the fetlock and pastern of the right hind leg and four leeches acted on the lymphatic system to stimulate it. She says, “One week after the first treatment, Geartsje’s mug had already significantly reduced and the skin had become calmer. The second and third treatments followed one month after the previous treatment. Geartsje’s body reacted positively to all treatments so after the third treatment the mug was almost gone. In consultation with the owner, Geartsje now receives a quarterly maintenance treatment with leeches ler.’