It has been a ‘hot topic’ in the media lately: the COVID-19 pandemic is taking a heavy toll on the mental health of young people and this is reflected in the rising number of eating disorders. Newcastle University interviewed several patients suffering from eating disorders and as many as 87 percent of those surveyed indicated that their eating disorder symptoms have worsened as a result of the pandemic. “People who suffer from an eating disorder do indeed indicate that it’s a lot harder coping with their disease since the beginning of the Corona crisis,” confirms Professor Elke Vrieze of the University Psychiatric Center at KU Leuven. During the period of the first lockdown, a large increase in young people with eating disorders was also observed at this center. “Another problem that arises is that nowadays it is more difficult to supervise all these patients. All the centers are full and the water is literally at our lips. That’s why we are looking for alternative treatments that can still help our patients move forward.” One of these alternative treatments is Hippotherapy. Horses are increasingly being used to help young people with behavioral problems and eating disorders. We spoke with two (former) anorexia patients and a therapist who specializes in hippotherapy.

“It is indeed true that the usefulness of horses to treat eating and anxiety disorders, is being recognized more and more,” Ann Velle, therapist, begins. “Horses are used here in a therapeutic process, in which a kind of triangular relationship is formed between the therapist, the horse and the client. The patient’s self-awareness is promoted here as a horse mirrors the patient’s behaviors. If the patient is insecure, the horse will also become insecure. Therapists can thus actually rely on the horse’s behavior to help their patients move forward,” she continues. “EAP (Equine Assisted Psychotherapy) is the method used mainly in treating eating disorders and other mental illnesses. The therapy is primarily aimed at promoting emotional growth and learning processes. In doing so, we especially play into the self-awareness of the patient. You cannot lie to horses. You can tell those around you that you are doing well, but a horse will notice immediately if this is not the case. They take over your mood. Therapists who are trained for this can ‘read’ the horse’s behavior in order to gauge the underlying feelings of their patient.

“I can’t remember the exact moment my eating disorder started,” says Charlotte (25), who had no experience at all with horses before she decided to give hippotherapy a try. “What I do remember clearly is that I always mirrored enormously on other girls who I considered ‘prettier’ or ‘more successful’. Over the years I developed a feeling of inferiority that I could not get rid of. I noticed that all the girls I considered ‘prettier’ had one thing in common: they were all much slimmer than I was. So I decided to go on a diet, which eventually led to an eating disorder. The feeling that I was ‘less’ than someone else kept haunting my mind and eventually I dared to do almost nothing in my life for fear of being rejected. In that area hippotherapy has helped me enormously. In the beginning it was all quite uncomfortable for me since I had never been around horses. However, after a few sessions I began to build a bond with my therapy horse ‘Speedy’. He accepted me, even when I was having a bad day or didn’t want to talk to anyone. I learned how my body signals had a positive or negative influence on his behavior. A horse communicates in a very subtle way, they feel emotions very well and react to them immediately. Hippotherapy helped me to regain my self-confidence. At first I always did ‘ground work’ with Speedy and I was amazed that I, a girl of barely 45 kg at the time, was able to make him move how I wanted,” Charlotte continues. “It’s thanks to Speedy that I was able to flip a switch in my head. He became my best friend and made me realize that I had a lot going for me. I’m a home care nurse myself so I didn’t have a real ‘relapse’ during the Corona crisis. After all, I could still hold on to a certain routine. On my days off, I do still visit Speedy. I don’t see myself taking place in the saddle but I do still enjoy the moments in the stable. In the stables I can really clear my head for a while and I am only busy with the horse. Maybe one day I will buy a horse myself, if I have the time and money for it. Not necessarily to ride, but just to be with him or her, because I notice that I can really enjoy that. Without horses I would probably no longer be here and I will always be grateful to these animals for that”.

Another story comes from Anna (27), who did ride horses when she first struggled with an eating disorder. Still, she tells us that hippotherapy helped her too, despite the fact that she could actually be found in the stable every day. “The first time I had an eating disorder, I was about sixteen years old, so now over ten years ago. Actually, I had my life very well ‘under control’ for the last few years but that changed when the Corona Crisis broke out: suddenly all forms of control fell away. I had not been feeling good about myself for a while and the lockdown certainly did not help in that area. Suddenly the little voices in my head, which had been quiet for about eight years, started up again. Because of the social-distance measures, I was often alone so I was confronted with myself. It became more difficult to meet face-to-face with friends or family and before I realized it, my old eating disorder reemerged. I was obsessed with food and calories and the lack of social contact meant there were almost no distractions. I lost a lot of weight in a short period of time and became more unhappy every day. This also manifested itself in my riding: nothing seemed to work out anymore. If my horses didn’t want to do something, I didn’t have the willpower to resist anymore and in the end I was afraid to jump over 90 cm while I had always competed at a higher level. Since the waiting lists for classic treatments were getting longer and longer, but I did realize that I needed help again, I decided to seek the help of a hippotherapist. Normally hippotherapy is done with horses that have been specially trained for this purpose but we decided to take a different approach this time and work with my own horses. Thanks to my therapy I got a better understanding of the way I communicated my insecurities to my horses. I was no longer sure of myself, which gave my horses the feeling that ‘something was wrong’ and made them insecure as well. The way they reacted was actually just a reaction to my changing behavior. Meanwhile, I am doing better and the bond with my horses is stronger than ever. My horses have seen me at my weakest and most insecure but once everything is back to normal we will start stronger than ever, I’m sure of that,” she concludes. 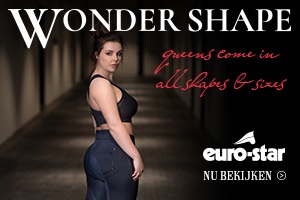 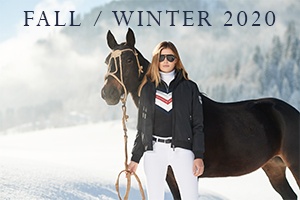 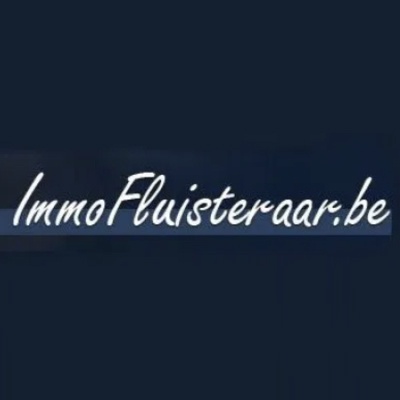 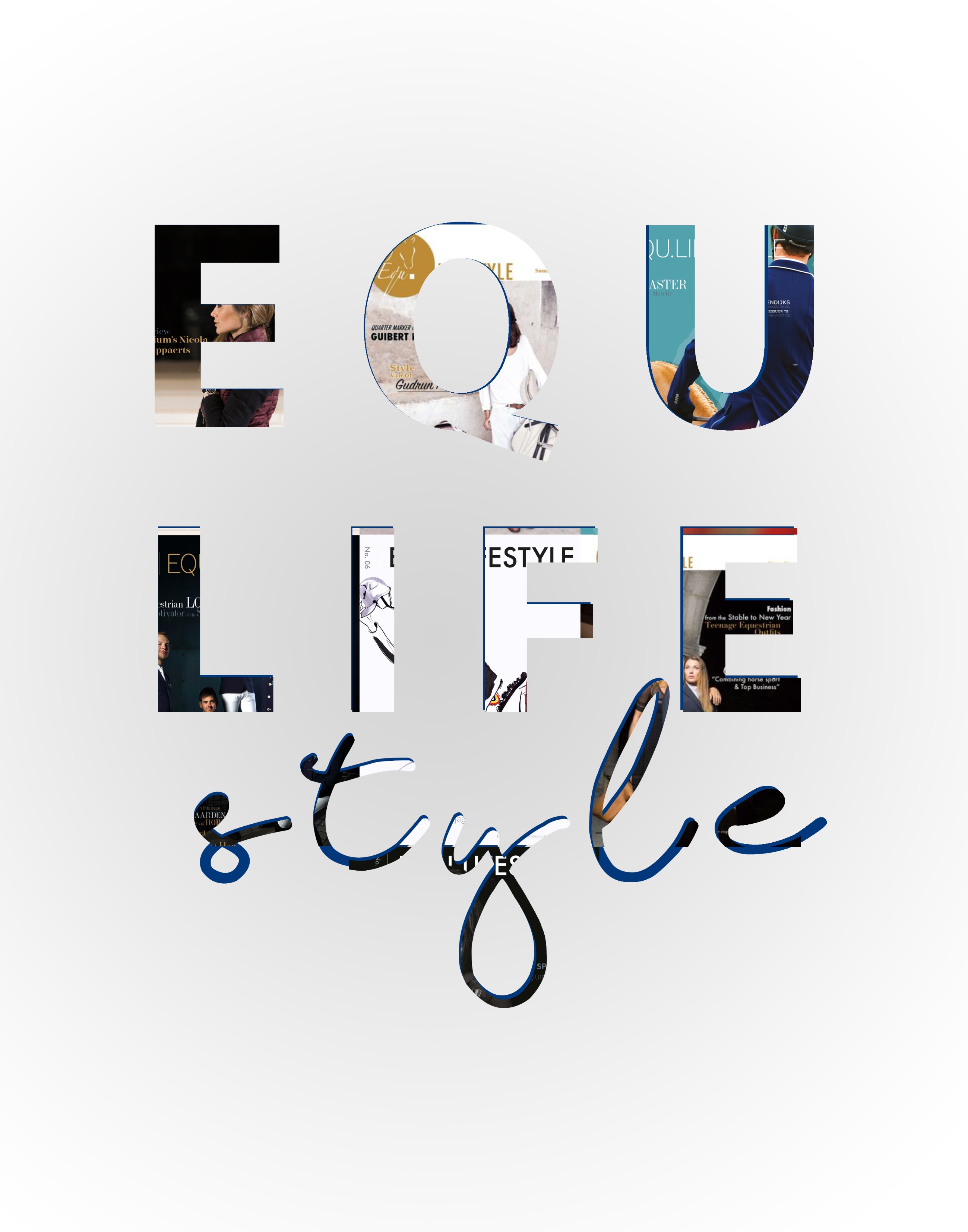 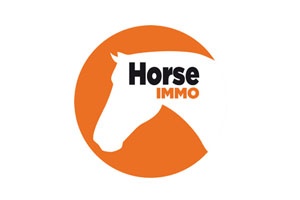