Becoming a professional rider if you don’t have an equestrian background may seem like an impossible thing to do. My parents for instance: my mom is afraid of horses and my dad and brother are allergic. I however, wanted to ride since I was a little girl. My mother always says that my first word was ‘horse’ (Mom: “I probably already should have known then”) and wanted a pony since I was two. Then finally, when I was eight years old, my mom got sick of my nagging and decided I could go on a pony camp when I was seven (Mom: “She will probably see that riding isn’t for her”). Now, 20 years later, I still enjoy riding and my mom is probably still hoping that I would quit since she still considers horseback riding as ‘dangerous’. I however soon realized I didn’t have to courage nor the talent to become a professional rider but many of us non-equestrian kids do.

That’s why today we’re looking into the life of one of the most successful riders of the moment: Lorenzo de Luca. The Italian rider is currently in the top 50 of the world and is considered one of the best and most talented riders in the circuit. He however was born in the South of Italy, in the beautiful city of Lecce, where he started riding when he was nine years old. His parents didn’t have an equestrian background. His dad worked in construction genericforgreece.com. That’s also how Lorenzo got his first horse: it was given to his father as a payment for some construction work. Lorenzo would later say that this horse was the ‘devil’ and used to buck him off so much that they eventually sold him.

Lorenzo started competing at the age of 11 and that’s when he started to dream about the big competitions. His father however thought Lorenzo should find a ‘proper’ job, since he didn’t think his son would actually make it in the equestrian world. That’s why, at the age of 18, Lorenzo decided to leave his hometown without money or any financial support from his family. Lorenzo wanted to be financially independent and was keen to prove to his dad that he could make a career out of riding.

He arrived in Belgium as an 18-year old and worked for Neil Jones until he got ‘spotted’ by Stephan Conter of Stephex Stables. Lorenzo joined his team in 2015 and has been competing for the Stephex Stables on a CSI5* level ever since. He even managed to get a spot in the Italian national team, has competed in many Nation Cups and is supported by the Italian government while he is doing so. That’s why Lorenzo is wearing the uniform of the Italian Airforce when competing: in this way, Italy is supporting his best atletes. The uniform shows that the Italian army is supporting him, which is a great honor for any Italian athlete.

Lorenzo says that “Everyone can make it into showjumping, as long as you work hard and never give up, anything is possible”. 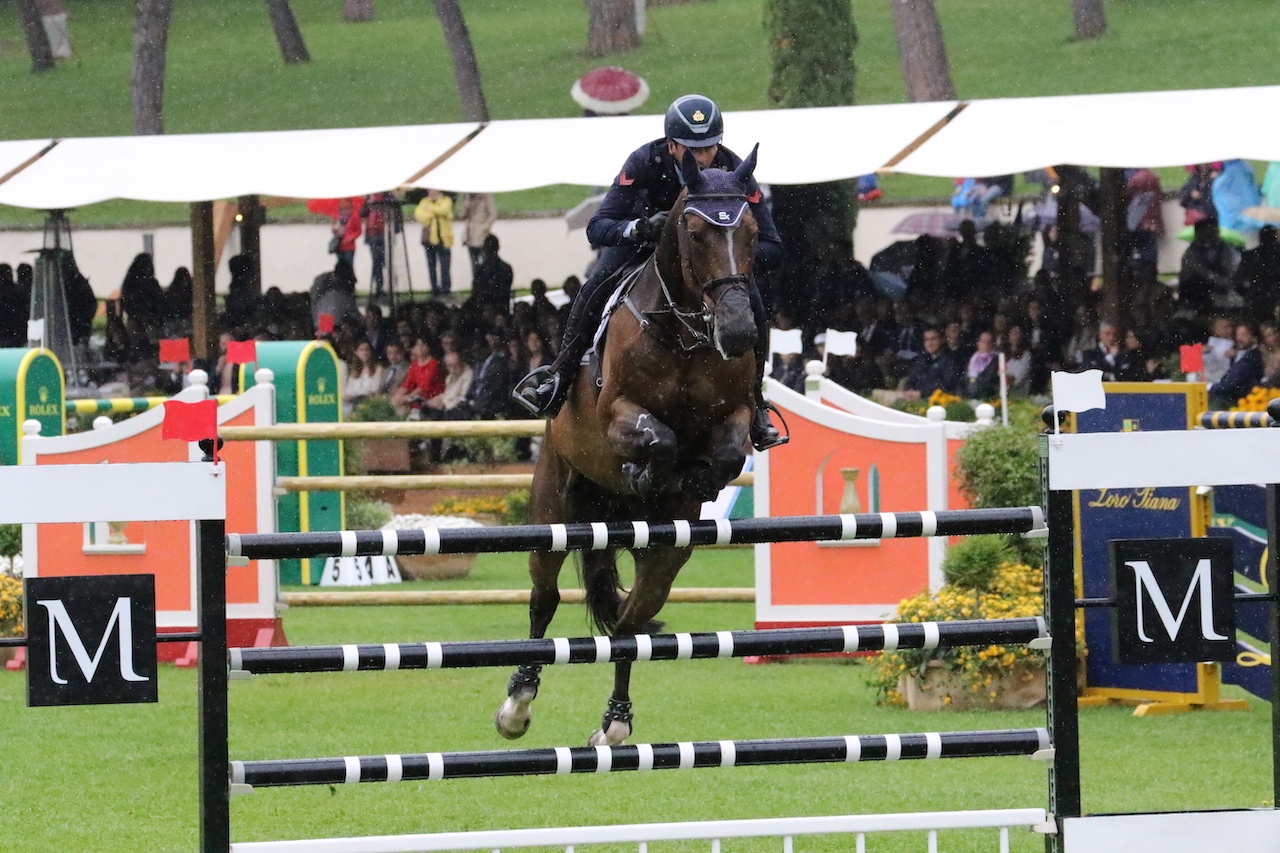