Quarantine makes us nostalgic for some reason… Therefore we contacted the Equnews photographers with one question: pick your three favorite pictures and explain us what makes them more special than the others. Today the lovely Julie D’hondt, owner of J-Image, shares her favorite pictures with us. 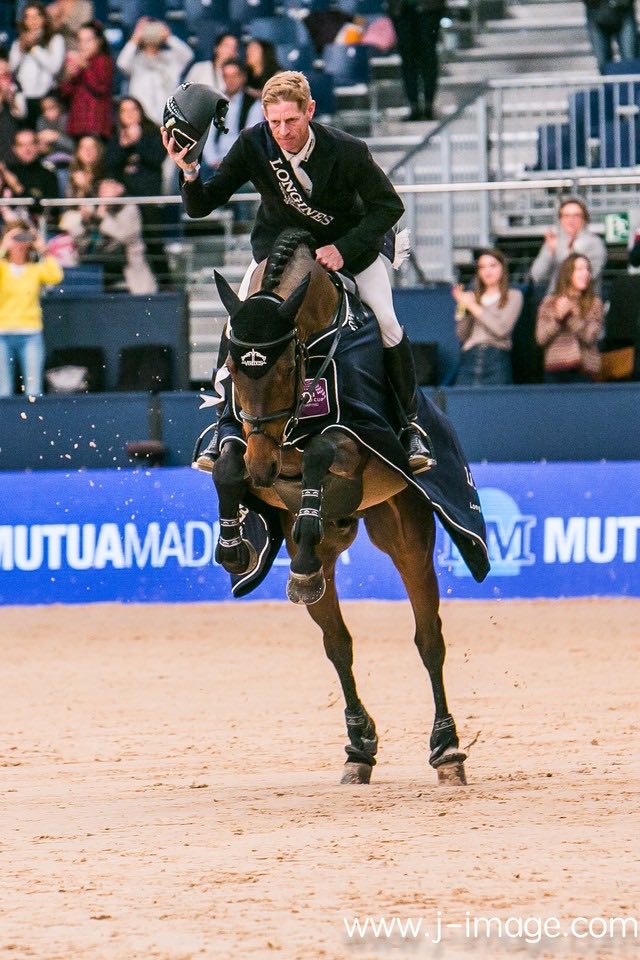 The first picture I picked, is one taken at Madrid Horse Week. It was my first international competition as a photographer/editor. I don’t think it’s the most ‘famous’ leg of the World Cup and the venue isn’t very big, I think you can compare it with Mechelen, if there would be only one arena (Mechelen has two). I still remember the amazing jump-off: Ensor, Corée, Allstar, Casello, Cornet 39, Fobonacci and the amazing Comme Il Faut, my all time favorite, definitely when it comes to photography. The top three finished so close to each other; with less than half a second apart ed-nederland.com. This picture was taken during the prize giving, when Comme Il Faut got all happy because of the amazing crowd and general atmosphere!

The second picture I picked, is taken at one of the most amazing shows in the world: Aachen. This show remains one of my favorites, with the amazing atmosphere, the topatletes present, the amazing setting, the variation of disciplines, the amount of people coming to watch, the big Rolex clocks in the middle of the arena… It is and will remain one of the most impressive events to photograph definitely during a Rolex Grand Slam or a Nations Cup. The picture was taken from the side line, during the Nations Cup in 2017. The Belgian riders jumped some very good rounds despite the fact they got a relatively young team with some new combinations. Olivier Philippaerts rode his first Nations Cup with Ikker, Caroline Van Roosbroeck was present as well and Pieter Devos and Gregory Wathelet were competing as well. Despite their good effort, the German team took the victory home. It was amazing how the crowd reacted, seeing their ‘Mannschaft’ win. I can’t describe the feeling I got being a part of this amazing show. In the picture you can see the moment of joy with the German Chef d’équipe Otto Becker when he realized he won.

The third picture was taken during the Belgian Championships in Zangersheide in 2017. I really like this show because it is so well organized and everyone who’s present enjoys the sport so much. It was an amazing denouement that year, because everyone thought Jos Verlooy was going to win. I still remember the tension until the last second and Nicola’s explosion of happiness when he realized he won. He and his stallion Chilli Willy kept cool and became Belgian Champion. I will never forget that moment!